Emergency assistance measures by ProNepal after the lock-down in Nepal

Shortly after the outbreak of the Corona crisis and given the state of the lock-down in Nepal, ProNepal already announced on 7th April 2020 that it would provide financial support for urgent measures to our partner, the SEO association in Kathmandu. The objective was to help people in difficulty or emergencies with basic necessities such as food, hygiene products, and medicines.

After receiving some suggestions on possibilities of support, the board of ProNepal announced on 10 April that financial help would be granted.

Our partner association SEO, which is based in Kathmandu, assessed the situation and saw an urgent need for action to help the countless people who had to leave Kathmandu to return to their home villages because of the lockdown.

As all shops and taverns were closed, the crowds of people could not find food throughout the long trip.

Since our partner association could not leave Kathmandu, it had delegated a group of trusted people from Banepa district to provide the people on the road with hot meals and drinking water.

In total, SEO has supported food and drinking water for about 1,400 people. This aid was interrupted after the Supreme Court has ordered the Government to facilitate the stranded people by providing transportation for them.

Also, SEO sent 250 kg of rice, 25 kg of dried lentils, 10 liters of oil, and 5 kg of salt to the Pashupatinath Temple so that a meal could be distributed to the homeless people who gravitate around this famous temple.

As a third aid measure, SEO purchased 200 packages of food. One package contains 5 kg of rice, 1 kg of dried lentils, 1 kg of sugar, biscuits, 200 g of tea, and 1 kg of salt with which a family can prepare food for about one week. The packages were distributed in four districts of Kathmandu (Naya Bazar, Matidevi, Haudigaun, and Gaushala). A television station and other social media announced this aid measure. The needy people could directly contact our partner association wich, after adequate checks, could deliver the food parcels to the needy families. 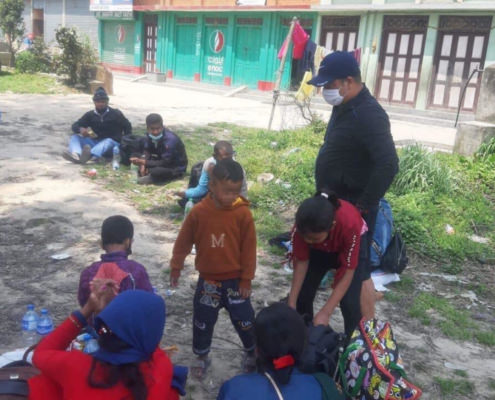 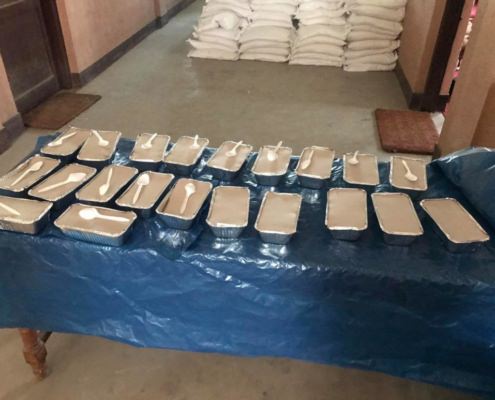 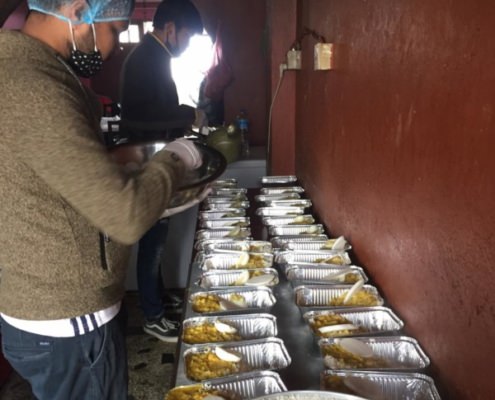 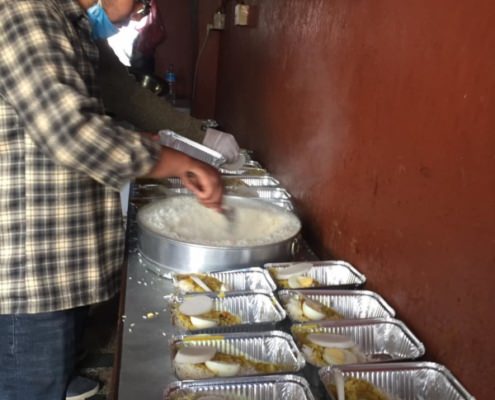 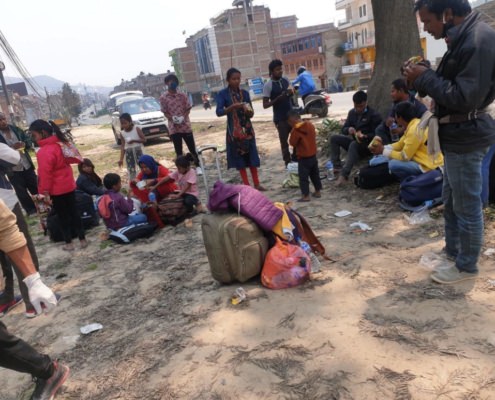 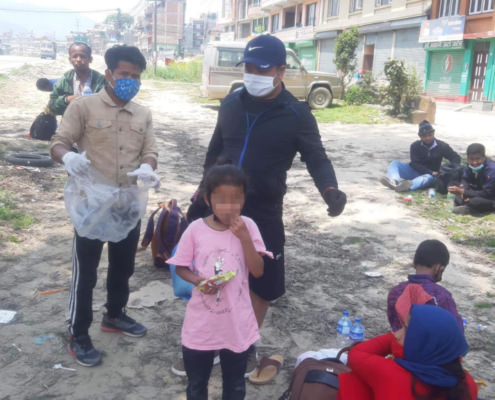