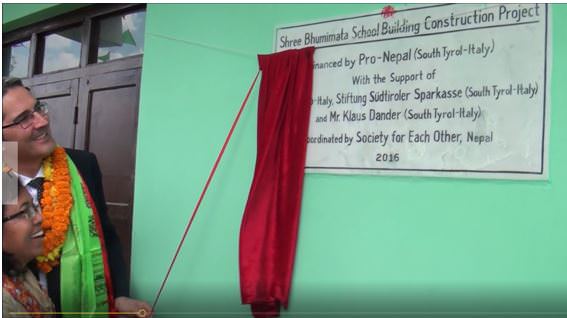 The President of the Province of Bolzano takes part in the inauguration of 3 classrooms – The beginning of the construction of Tipchok’s new water main will be soon.

After the earthquake, in the late autumn 2015, three new classrooms in the School “Shree Bhuminata” of Tipchok were about to be built. Works lasted until the end of 2016.

Because there was no space, it was built a provisional flat surface for the children’s play time during the break. The final cost of the labour was 19.255 euro for the three classrooms and 4.700 euro for the flat surface.

The inauguration took place on 5th March 2017 and the scholastic centre and local people took part in this event which was organised by a member of Pro Nepal and our local partner, the Society for each other SEO. It has been highly considered by Dr Arno Kompatscher, who was visiting Nepal and the projects co-financed by his Government. Besides other projects, he inaugurated the School of Tipchock,  which has been appreciated by many people.

A wall sign with engraved financier´s and proposer’s names has been uncovered too.

At the end of the Party, a local engineer showed the President and his delegation the project of Tipchock´s new water main, which was proposed and planned by the SEO and Pro Nepal.

The Autonomous Province of Bolzano partially financed this project in 2016. Works will begin soon. 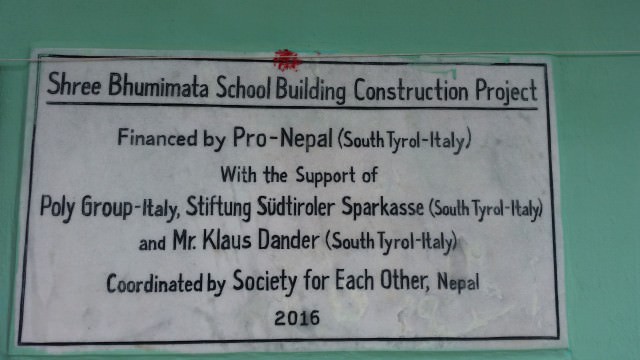 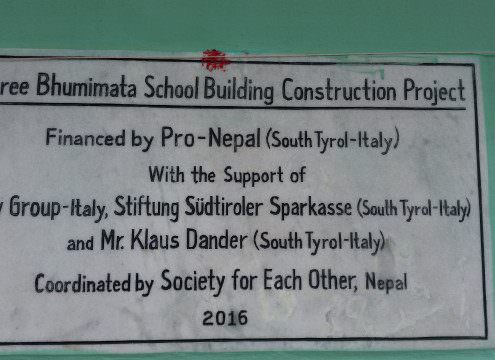 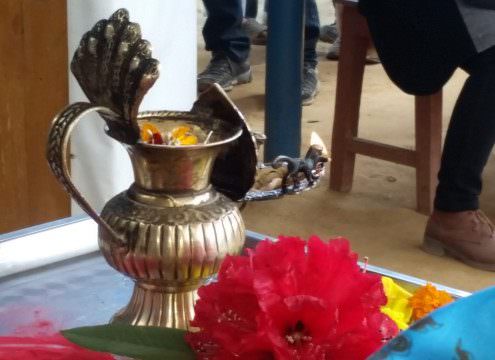 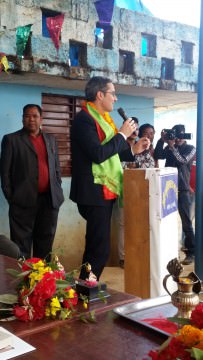 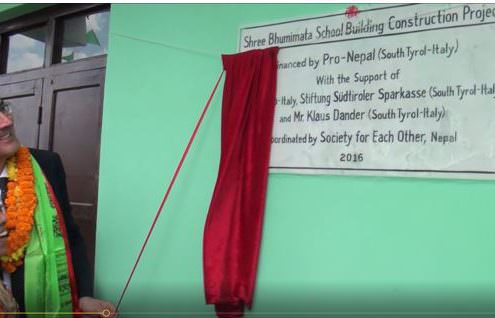 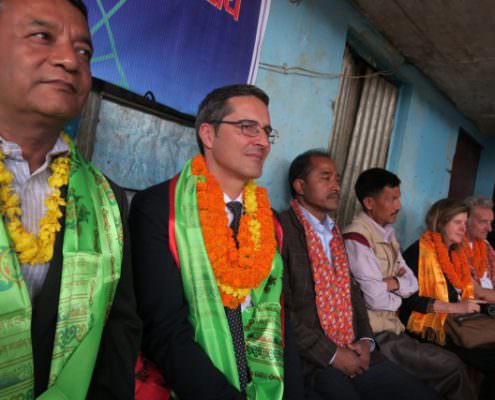 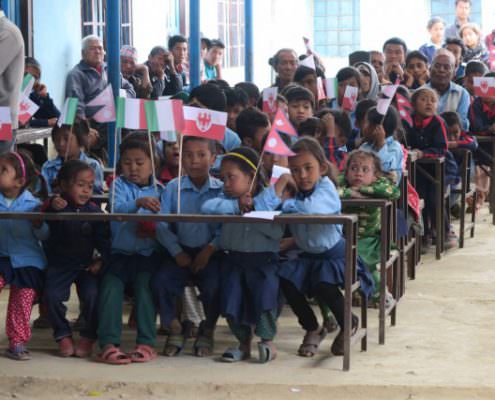 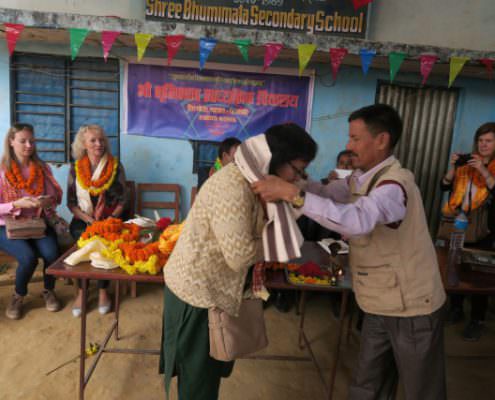 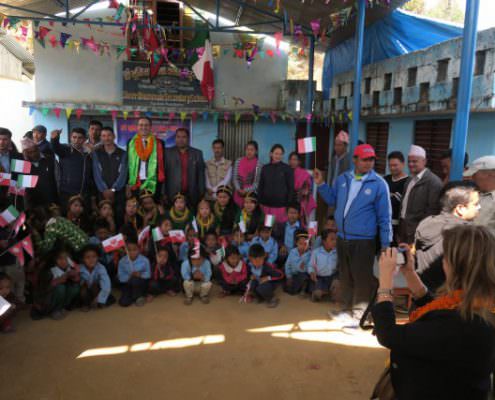 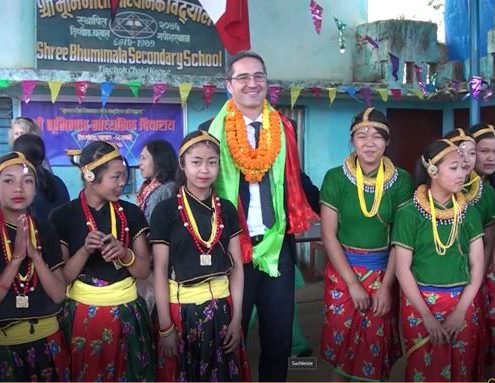 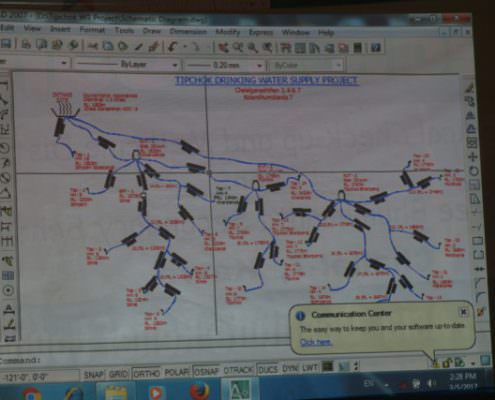 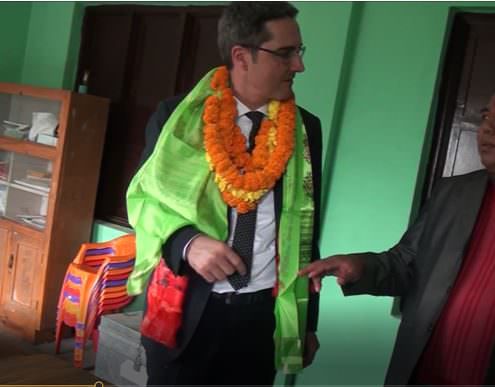 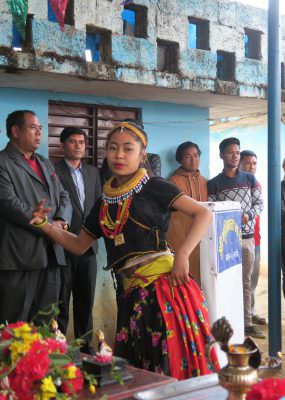 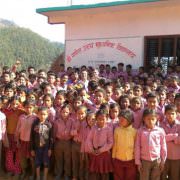 Drinking water supply for Jamune: work has been completed 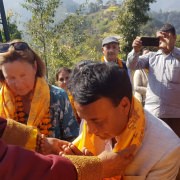 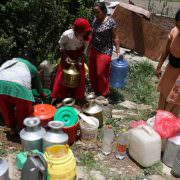 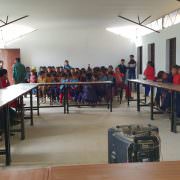 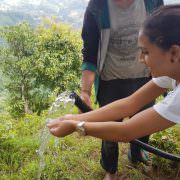 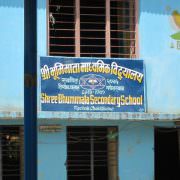 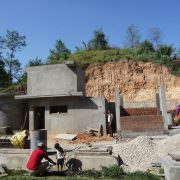 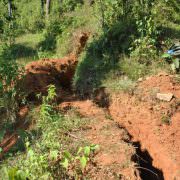 Drinking water supply in Jamune – the works starts
The experience of a volunteer at the Aishworya Children’s Home in Kat...