Autumn excursion of the ProNepal association

ProNepal visits the marble village of Laas in Vinschgau

Despite the strict restrictions due to the corona crisis, ProNepal still held its annual autumn excursion on Sunday, October 18th 2020.

Almost 25 members, interestingly much more than in previous years, met in Lasa, where a guided tour of the marble village took place. The former director of the renoknown Vocational School for Stone-masoning in Laas, Mr Franz Waldner, was able to arouse the interest of the participants in the valuable stone through his well-instructive and entertaining guided tour. After the visit to the block storage of the Lasa marble plant, where Lasa marble is industrially processed into slabs, an art-historical walk guided the group through the marble village, with the focus on the parish church and its unique Romanesque round apse made out of marble.

Followed by a broad PowerPoint presentation, an insight into the fascinating world of so-called “white gold” was granted. Unique historical photographs told the story of marble and its heyday as the stone of kings and emperors. Pictures also showed the impressive mining in the marble quarries at 1,500m to 2,250m above sea level on the Jennwand massif, from where the blocks were transported down to the valley via a unique transport system dating from 1930.

A small group of members finished the joint excursion after the tour. Due to the pandemic, the remaining members stopped at two separate local inns for lunch. After the feast, a digestive walk – past a sulphur spring -concluded this year’s autumnal excursion.

This excursion was a welcome opportunity for everyone to find out about the current situation in Nepal and the current ongoing projects and aid measures that ProNepal is currently supporting. 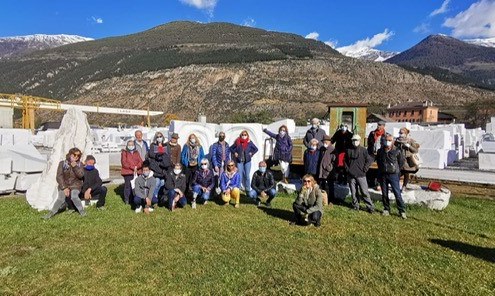 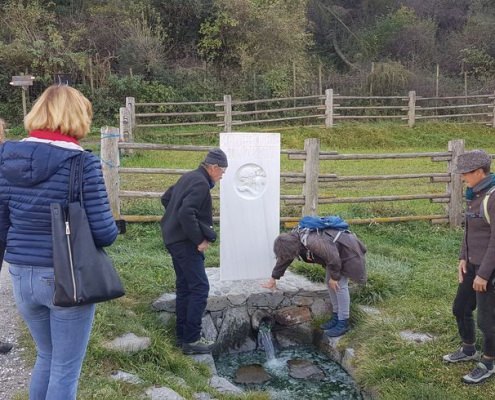 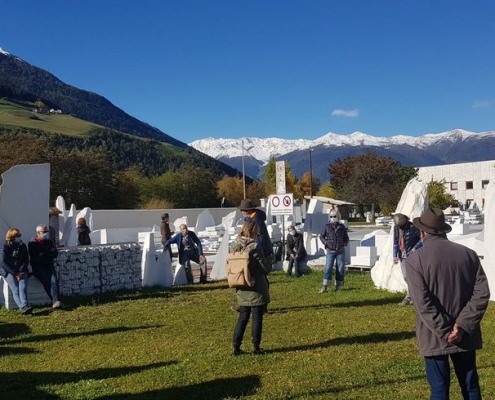 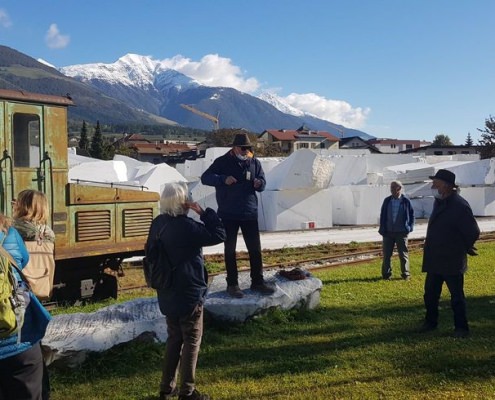 Against covid oct 2020
Scroll to top