Completion of a science laboratory and a Buddhist gompa

Right after the science laboratory in Saimarang was completed, ProNepal was invited to visit the town. For more than a year ProNepal has been funding daily snacks for 20 pupils in need, furthermore, the construction of a Buddhist gompa has been supported with a substantial sum.

During their autumn trip 2017, several of ProNepal board members visited Saimarang. The journey started with a tourist bus to Pokhara (6 hours travel time). The group continued to Saimarang on an off-road vehicle the next day. Although the trip took 2,5 hours only, 11 passengers and roads in bad condition made it a burdensome drive.

The delegation was welcomed in Saimarang by the whole school and a welcome ceremony including official speeches. Between speeches pupils performed dances.
The school principal talked about the collaboration between ProNepal and Saimarang’s community and expressed gratitude.

She also talked about future needs of the school, such as laptops/computers and internet connection to teach computer science. 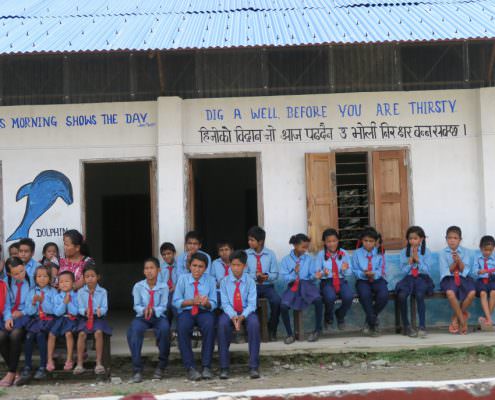 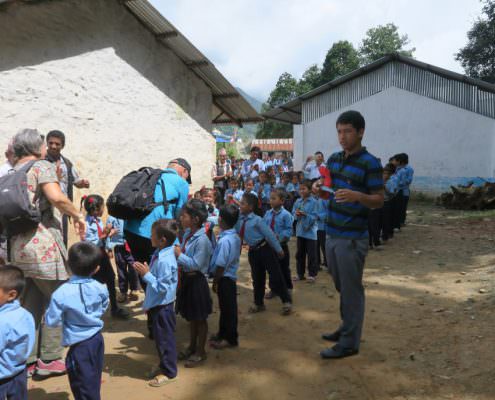 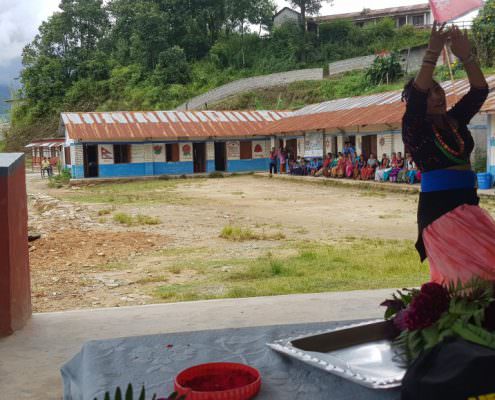 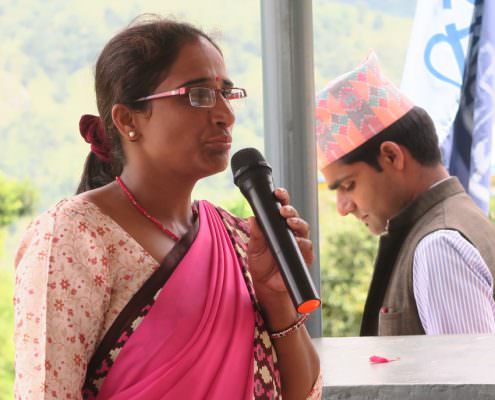 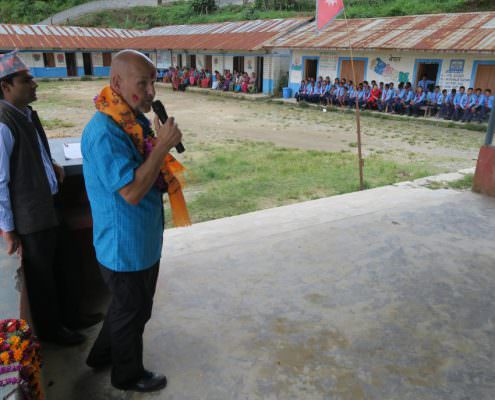 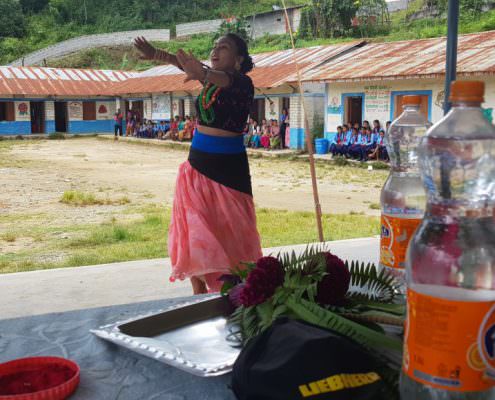 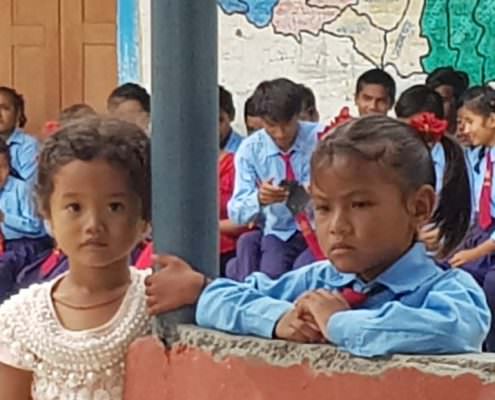 Afterwards, the delegation visited the school’s newly built science laboratory. ProNepal funded its construction in 2016, shortly after the earthquake, the government provided the necessary tools and furnishing. It turned out to be a well-equipped laboratory that spares pupils the exhausting and expensive trips to Pokhara, where they previously caught up on a science lesson. 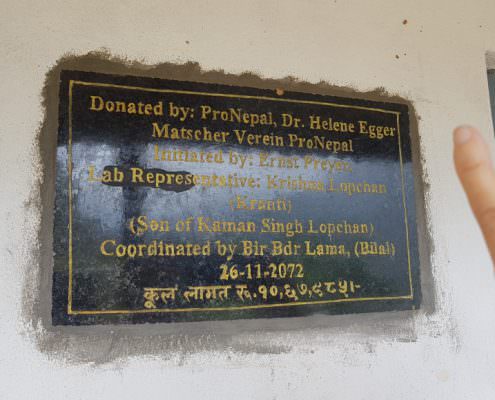 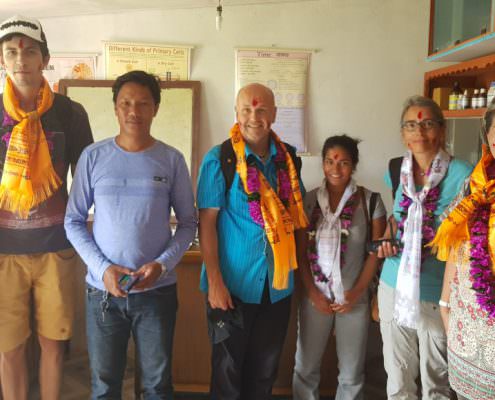 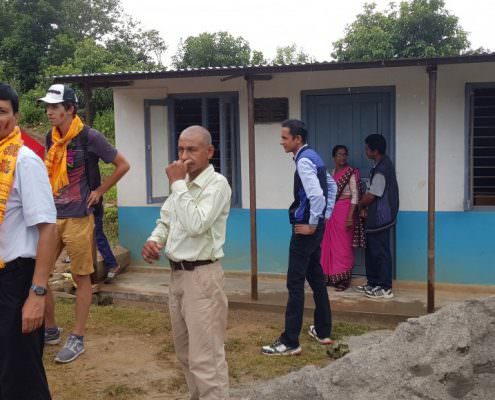 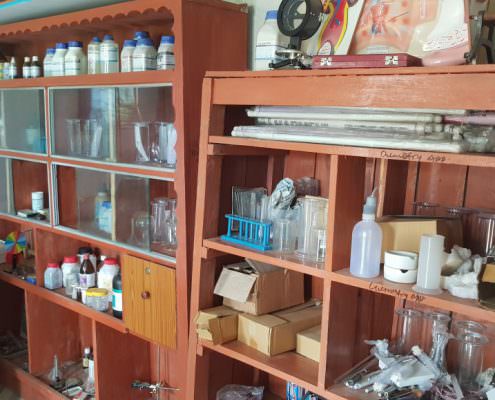 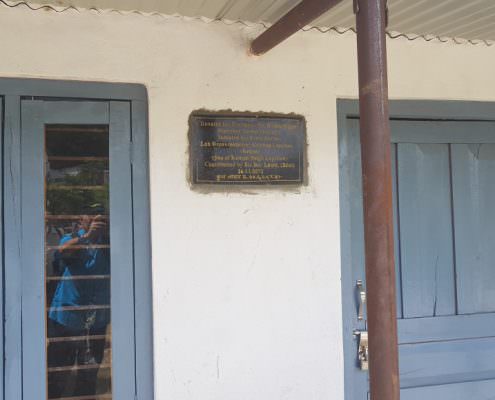 After the ceremony at the school, the group was taken to the Gompa, where it was welcomed by a monk. A member of ProNepal’s board was invited to light a candle and drink the sanctified water. Lunch was served in front of the Gumpa.

Afterwards, everyone was invited to an open discussion, many residents joined the invitation. Everyone presented itself, and the constructional committee talked about plans for town development.

The following construction projects are planned or in the stage of execution:

The journey back turned out to be even more adventurous, as the car was at constant risk of getting stuck and heavy rain started to pour down.

Eventually, the delegation arrived safe and sound in Pokhara, where they took a flight back to Kathmandu the day after. 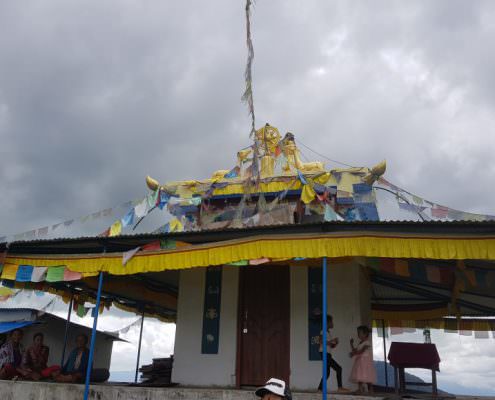 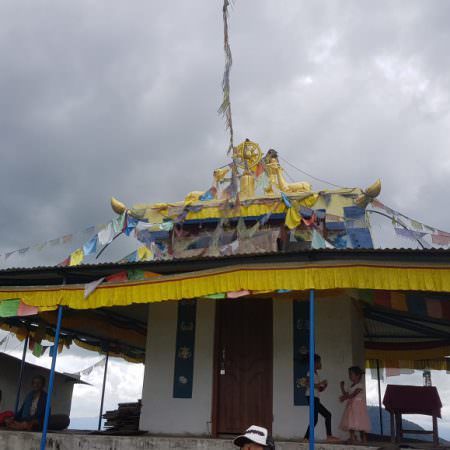 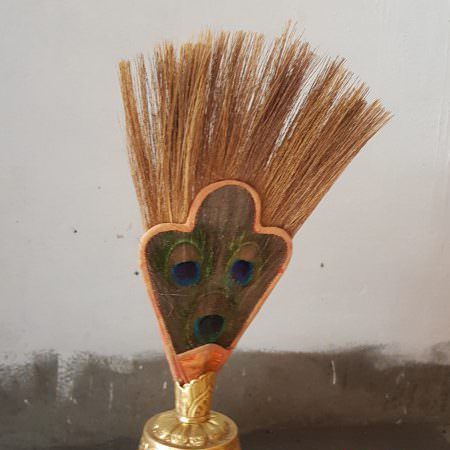 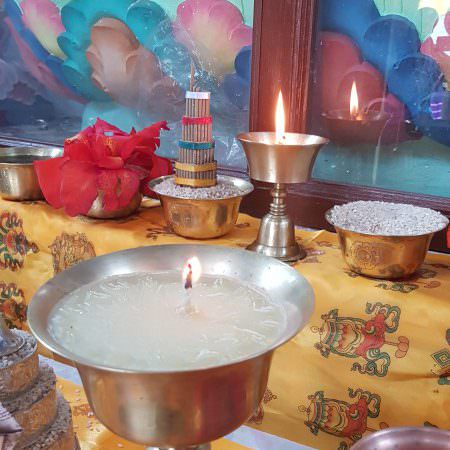 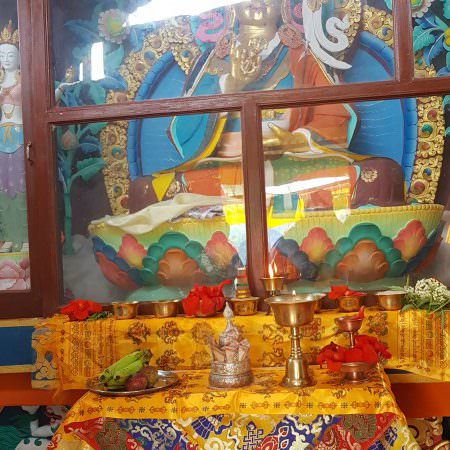 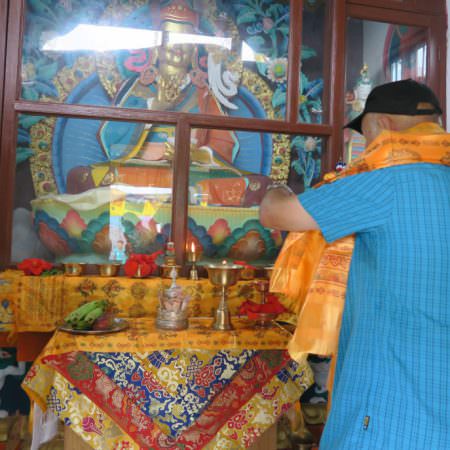 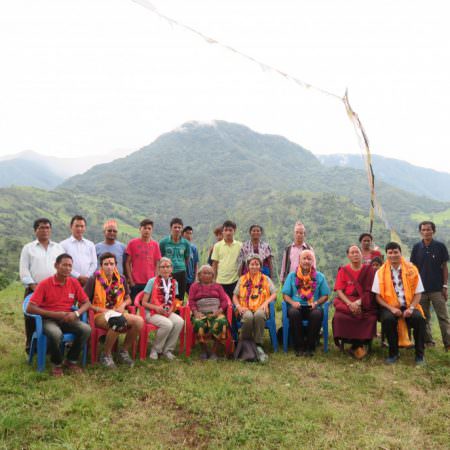 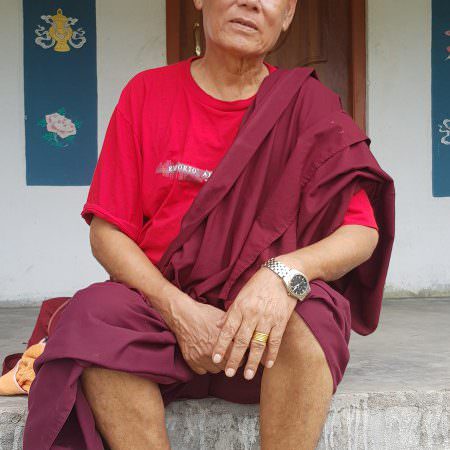 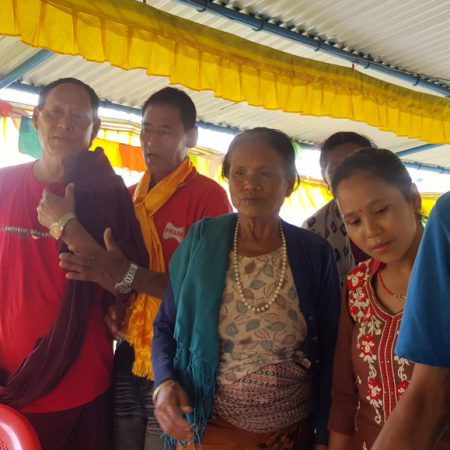 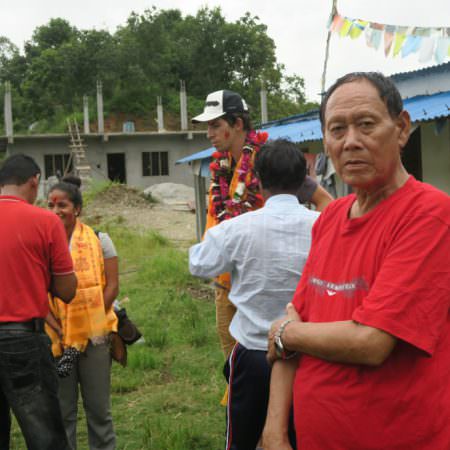